The Kindred of the Kibbo Kift

With our “Radical Utopias” series, Slowness is exploring countercultural and avant-garde collectives of the past that have left an imprint, whether cultural, philosophical or aesthetic, on our contemporary world. Our first installment looks at The Kindred of Kibbo Kift, a pacifist camping, hiking and handicraft group founded in England in 1920 whose visionary fusion of design, protest, health and spirituality is inspiring a new generation of creative minds. 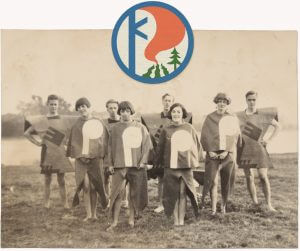 With our “Radical Utopias” series, Slowness is exploring countercultural and avant-garde collectives of the past that have left an imprint, whether cultural, philosophical or aesthetic, on our contemporary world. Our first installment looks at The Kindred of Kibbo Kift, a pacifist camping, hiking and handicraft group founded in England in 1920 whose visionary fusion of design, protest, health and spirituality is inspiring a new generation of creative minds.

THEY MARCH IN FORMATION through the British landscape in faded photographs wearing strange, hooded costumes that evoke ancient rites and rituals. They stand solitary on hilltops raising arms to an unseen deity before a haunted, empty pastoral tableau. They kneel at the foot of Stonehenge and strike androgynous poses, their young, healthy bodies draped in wild cloaks and futuristic tabards bearing skulls and wolves like some modernist interpretation of Celtic and Egyptian mythology. Is this an ancient sect? A contemporary fashion shoot? A cult? Are these faux-weathered images of the psychedelic denizens of a present-day music festival?

The photos depict The Kindred of the Kibbo Kift, an obscure but ambitious organization founded in 1920 by the charismatic artist and writer John Hargrave as a splinter group from the Boy Scout movement. Initially conceived as a coeducational pacifist youth organization for the promotion of woodcraft and camping, Kibbo Kift would go on to pursue a dizzying range of interests, including health and handicraft, myth and propaganda, magic and spirituality, education and economics, protest and design.

“People have been quite inspired by the way that they’ve integrated all these different beliefs, but also lots of different visual elements together to create something that’s sort of hybrid and new.”

With their collective activities, which ranged from wilderness retreats and creative workshops to Eastern mysticism, meditation, yoga and the writing of political treatises, the Kibbo Kift set out to form a new social movement based on the principles of a healthy outdoor life, self-reliance, handcraft and peaceful fraternity. Their lofty aims included no less than world peace and the restoration of spiritual values to the material world.

“They prefigure some of the things that emerged in the 1960s counterculture and definitely the ecological consciousness of the late 20th century and some of the ideas we are living with now,” said Annebella Pollen, author of the revelatory and incisive book, The Kindred of the Kibbo Kift: Intellectual Barbarians, which brought to light, for the first time, the incredible archive of images and objects they created during their brief existence. “The fact that they tried to combine all these things that perhaps were seen as incompatible in the 1920s, it’s what makes them appealing to so many different groups in the 21st century.”

There is a Woodcraft Kindred

A Brotherhood of strong

Who hike the roads along

But if you ask my why, sir,

To which there is no answer

Pollen’s book and the exhibition at London’s Whitechapel Gallery that accompanied its release kicked off a fresh wave of interest in the group, inspiring a new generation of artists and activists, from legendary British fashion photographer Tim Walker, who directed a Kibbo Kift-inspired shoot for Vogue Italia, to global environmental protest movement Extinction Rebellion, which based its insignia on Kibbo Kift’s and referred to a mood board of images of the group when developing their own visual identity.

“People have been quite inspired by the way that they’ve integrated all these different beliefs, but also lots of different visual elements together to create something that’s sort of hybrid and new,” said Pollen, a former journalist who currently serves as Principal Lecturer in the History of Art and Design at the University of Brighton. 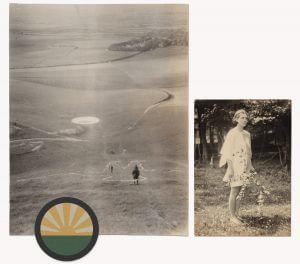 The Kibbo Kift’s beliefs were grounded in the idea that World War I, or the Great War as it was then called, was a total rupture for humanity. As Hargrave wrote in 1919: “Nothing—no social reform, no philosophic preaching, no religious revival, no educational experiment—could ever have achieved the result which this war has wrought in the lives and minds of the people.” In his view, civilization was on the brink of collapse, and a new world needed to emerge. Kibbo Kift, then, was meant to lead the way to this new, better, more just world, combining aesthetics, politics and spirituality into one coherent whole and making, as Hargrave wrote in 1927, “a direct appeal to the senses by means of color, shape, sound and movement, that is, by every form of symbolism.”

This symbolism began with the name itself, which they pulled out of an old Cheshire dictionary of colloquial speech. Kibbo Kift means “proof of strength” and was meant to signal physical strength and health, gathered through fitness, nutrition and woodcraft, but also mental and spiritual health. “They mingled together a sort of non-Western spiritual mix, a primativist spiritual mix, an occult spiritual mix. And they blended it all together into something of a soup actually,” said Pollen. 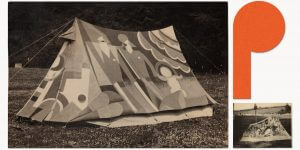 “It is a necessary breakaway, a ritualistic exodus, from metropolitan standards of civilization, from pavements, sky-signs, shops, noise, glitter, smoke.”

The diverse aims and methods of Kibbo Kift, as well as its vision, flamboyance and ultimate downfall, had much to do with its leader, John Hargrave, who shaped the organization from the top down. A Boy Scout since early childhood and a precocious artistic talent, he was working as a freelance advertising copywriter and illustrator “at a time when advertising was emerging as this new visual field of persuasion and design,” said Pollen, “so his interest in art and design, and especially avant-garde art and design, feed into the organization.”

This artistic sensibility came to rich fruition in Kibbo Kift’s wild and unusual costumes, which ranged from revealing exercise outfits of G-string loincloths for the men and proto-miniskirts and raffia bustiers for the women, to the hooded cloaks and tunics of green and brown felt that they wore for camping and woodcraft activities and the brightly colored, futuristic ceremonial robes that Pollen describes as “somewhere between a priest, a jester and a robot.” 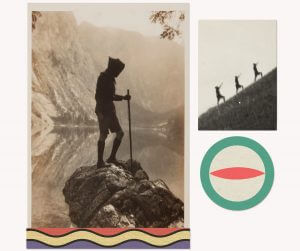 Each member received a new name, drawn from Native American culture, from Running Panther, Hawk and Old Mole, to the name Hargrave gave himself, White Fox. The Kibbo Kift’s healthy, spartan living, its hiking, camping and pilgrimages, were conceived in opposition to the degradations of industrial society—the polluted, crowded cities, the thousands of war dead—and meant to unite mind, body and spirit toward world peace and economic and social justice. Among their specific aims were the development of an international language and a “World Council” that would bring together every race and nation in the world.

“They were incredibly ambitious and they never really had huge memberships, but that didn’t seem to stop them from wanting to design and redesign every single aspect of contemporary life,“ said Pollen. 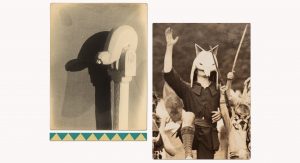 But while the Kibbo Kift were in many ways progressive and even radical, there are aspects of the organization that can now be seen as retrograde. Though women and men camped together and were supposedly on equal footing, women never held positions of power within the group. For the most part, power was concentrated in one figure, Hargrave himself.

“He had this kind of totalitarian vision of a sort of single visionary leader, which I think we would regard now with some chills, because when we look back on what happens with totalitarian leaders in the 1930s, the idea that you need a visionary man to guide the masses seems deeply unpalatable,” said Pollen. 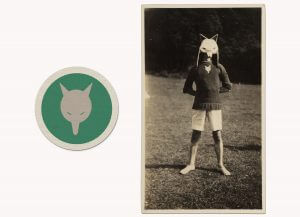 Many of Kibbo Kift’s ideas about health, nutrition and hardihood were framed around eugenic principles, toward fostering a “new, healthy national body that would lead to the production of new healthy children,” said Pollen. Such theories are now deeply discredited and seen as widely reprehensible, largely due to what would happen during the following decade in Nazi Germany.

By the mid-1920s, Kibbo Kift was moving away from the more mystical and idiosyncratic aspects of the group and becoming more of a straightforward, economically focused political movement, advocating for “social credit,” a payout to citizens that was conceptually similar to the universal basic income advocacy of today. After the 1929 economic crash, they ditched the costumes and archaic symbolism altogether, replacing then with berets, green shirts and grey trousers that evoke, at least to today’s eyes, a fascist aesthetic. Renamed the “Green Shirts” and ultimately the Social Credit Party, they continued to advocate for social credit as a paramilitary political party until their dissolution in 1951. 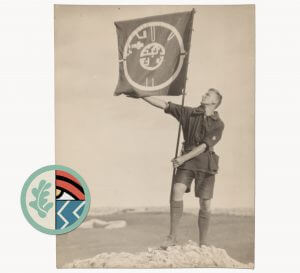 But it’s the 1920s-era Kibbo Kift, with their archaic-futuristic fusion of design, protest and mysticism, that fascinates and inspires today. In an era when society seems once again in a state of generational tumult, we see echoes of Kibbo Kift on festival fields and fashion runways, in the agitprop of today’s protest movements and in the mass appeal of Eastern-derived mind-body practices and philosophies.

“They had very little direct influence, because they didn’t last very long and the organization was quite small, but I like the fact that they’ve left a blueprint for a new world,” said Pollen. “And even though it never came to pass, even though they didn’t lead the new world in the way that they thought they would, they left behind for people like myself a kind of comprehensive set of plans of how to carry it out. They left all the designs for a new utopia.” 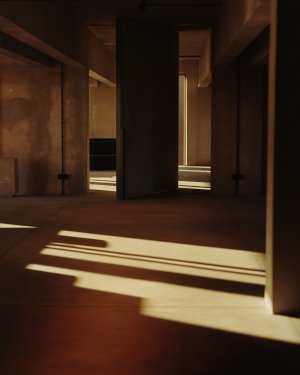 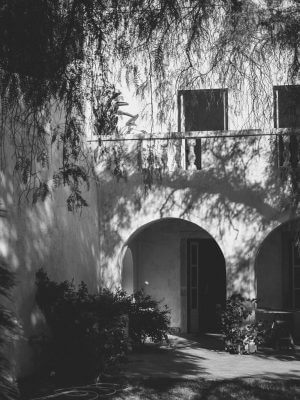 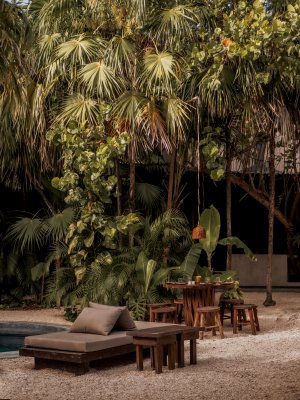