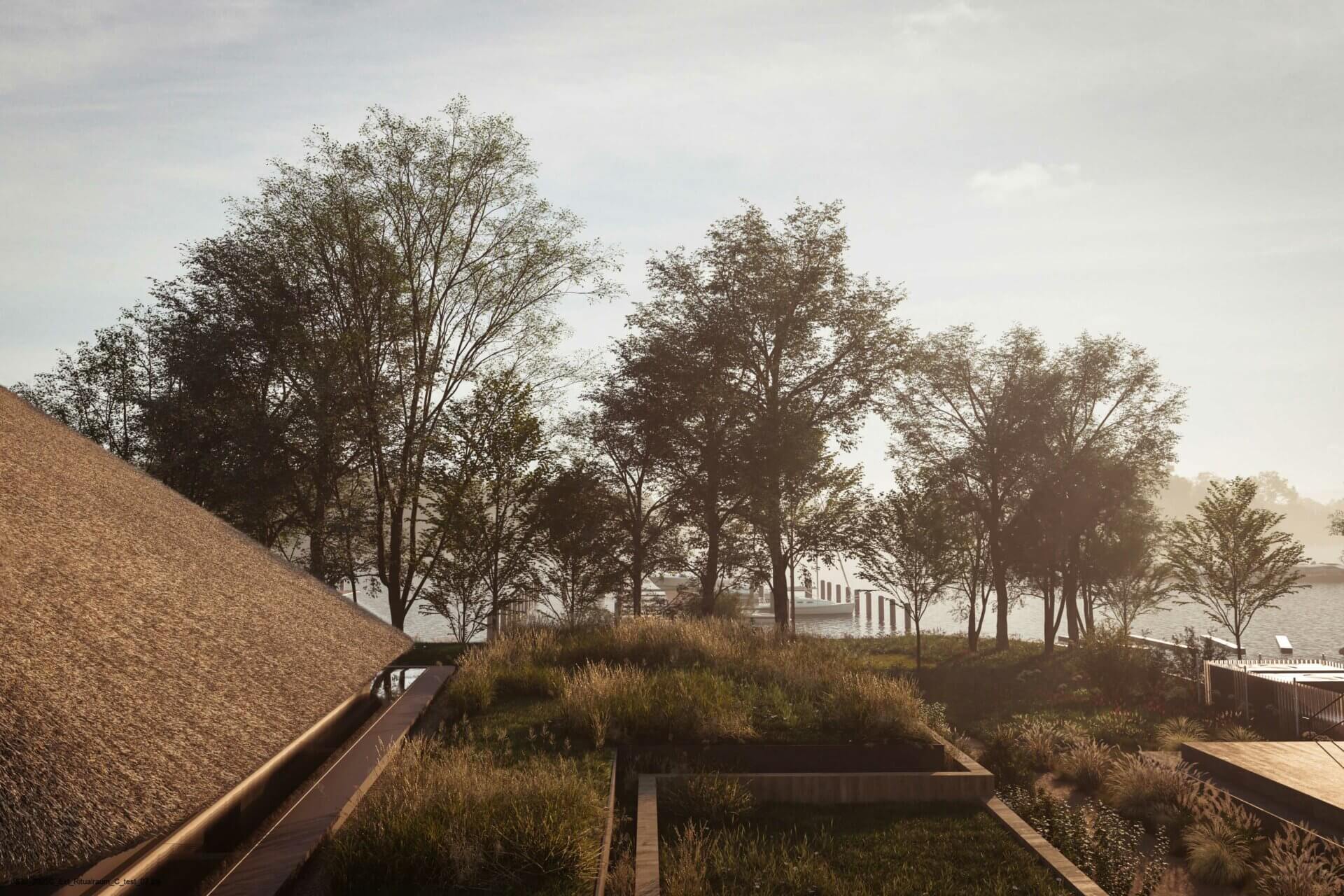 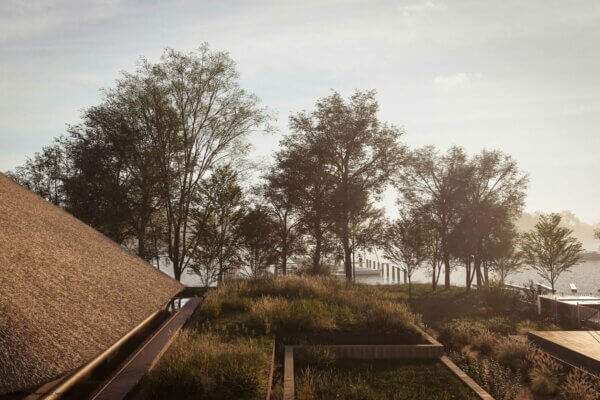 Opening in 2024, Flussbad is a home for adventurous culture and ideas that aims to build a kinder, more collaborative world. 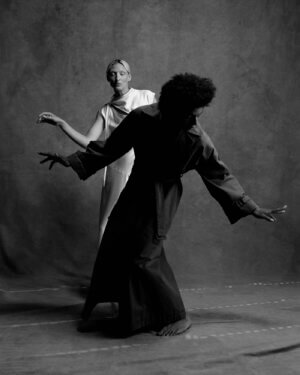 An architectural collaboration led by neo-brutalist master Arno Brandlhuber, the campus includes exhibition spaces, a hotel, restaurants, creative studios, a library and a subterranean performance space inspired by ancient temples—all integrated into the wild riverfront environment and designed to encourage cooperation and creativity. The campus will continuously evolve and morph, shaped by an ongoing rotation of architects, designers, artists and other creative collaborators. 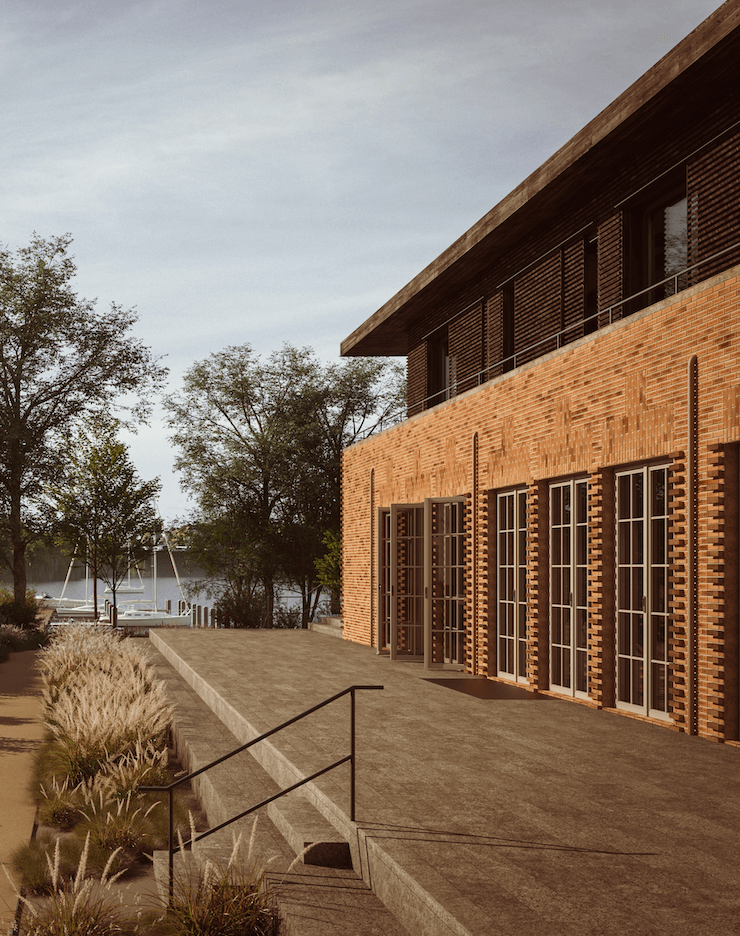 BOOTSHAUS
Kantine and Restaurant
A restaurant concept by Danish chef Frederik Brille Brahe in one of the original river bath structures focuses on sustainable, vegetable-forward cuisine. The freshest seasonal and regional produce makes its way to Bootshaus kitchen, where it’s transformed into simple, accessible cuisine for the ground-floor Kantine and more refined multi-course meals for the second-floor restaurant. 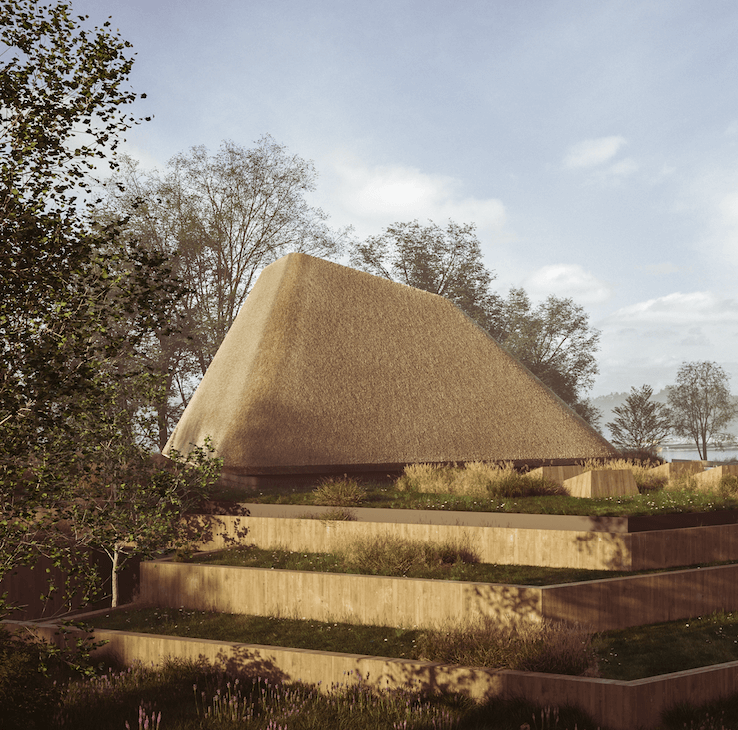 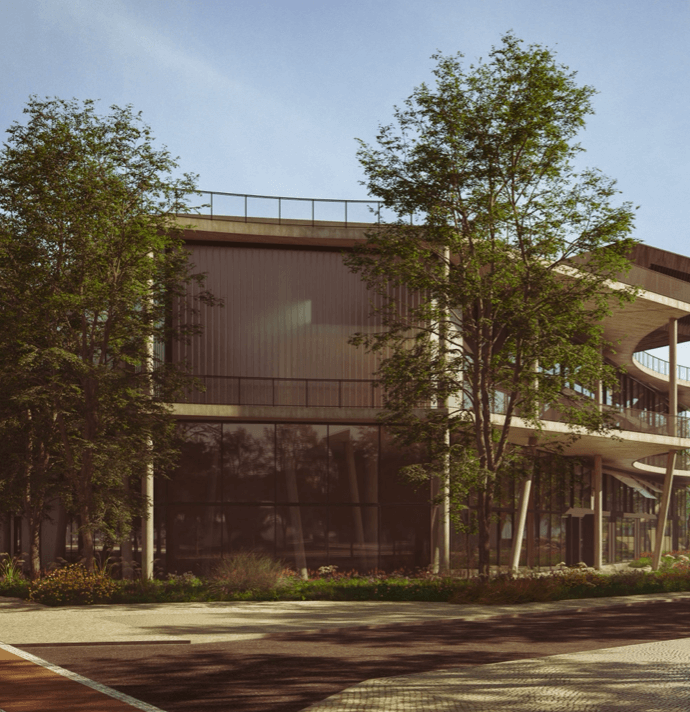 HOTEL
42 guestrooms
Designed by Arno Brandlhuber with Christian Kerez and Muck Petzet, the hotel structure is the central hub of Marina's assemblage of adaptive reuse and new constructions. The modular curved concrete structure houses 42 guestrooms and a 186-square-meter penthouse with a private rooftop garden. The building's spare, minimalist interiors were designed by Monika Gogl with an aim to create a supportive environment, free from distraction. 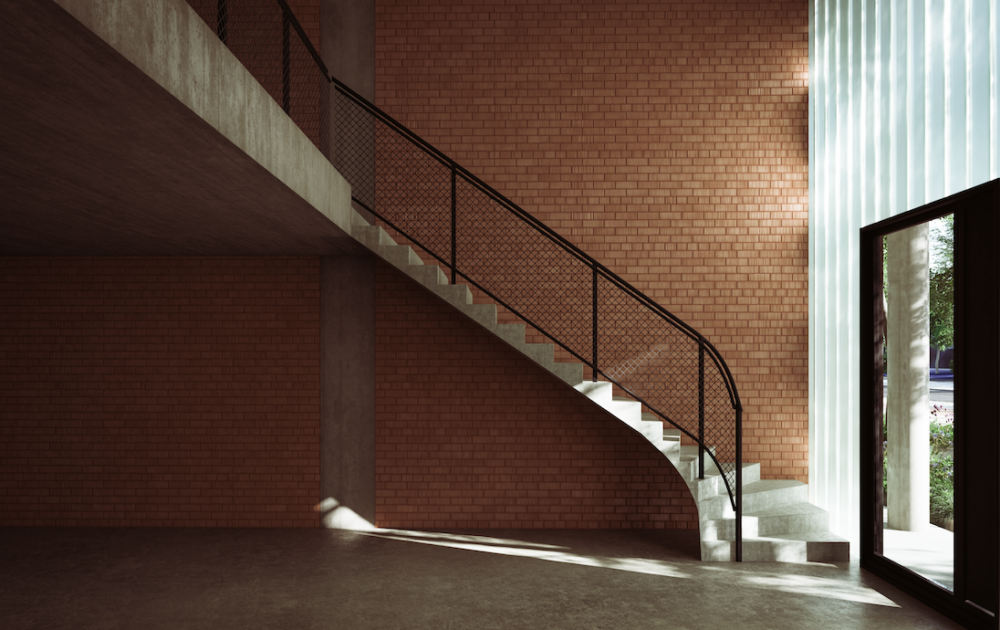 LOFTS
Offices and studios
Spread between a new construction and an original concrete structure that was once a local customs administration building, office spaces host a range of companies, agencies and organizations with shared values and common goals.

GALLERY
Exhibition space
The Gallery comprises a ground-floor exhibition space with a shape-shifting modular seating structure where the Slow community comes together to share knowledge, ideas and creative works. 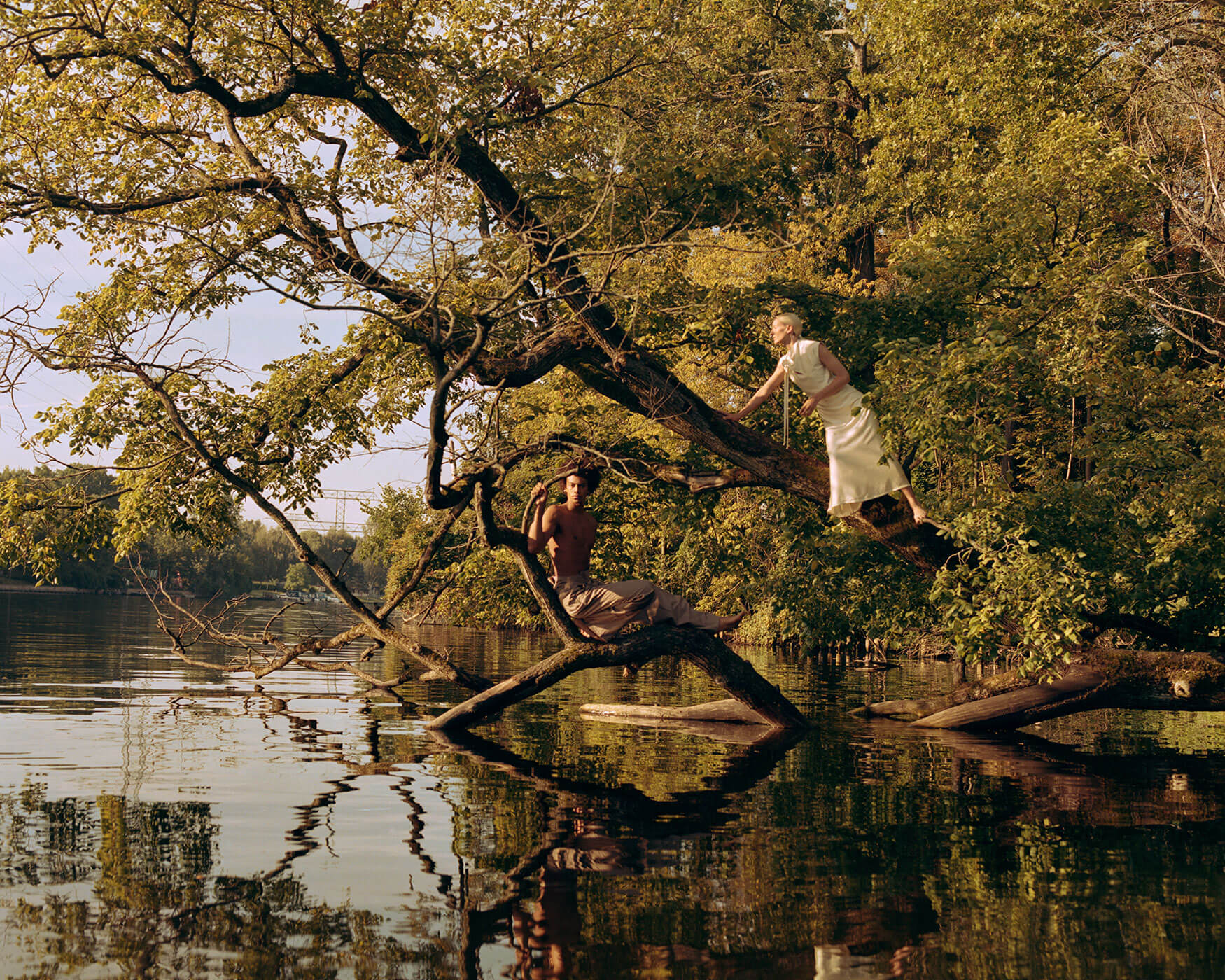 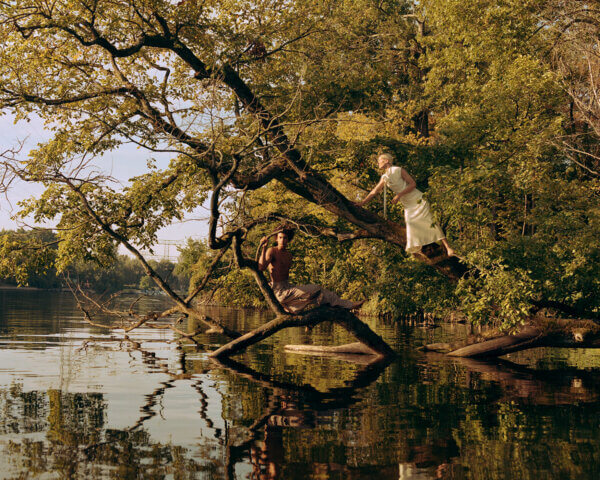 Flussbad occupies the site of the former Lichtenberg Municipal River Baths, a Weimar-era public bathing facility that once welcomed up to 10,000 visitors per day. Opened to much fanfare in May of 1927, the 50,000 square-meter plot on the Rummelsburger Bucht included four outdoor pools lined by wooden walkways, a diving tower, changing cabins and a sandy beach. Designed by pioneering architect and city planner Rudolf Gleye, the site was colloquially known as Freibad Klingenberg because of its proximity to the massive Klingenberg combined heat and power plant (today a natural gas plant run by Vattenfall). During the cooler season, the water in the warm pool was heated with runoff water from the neighboring power plant.

The river baths closed during the Second World War, then opened briefly after the war ended before shutting down for good in 1950. By that time, most urban riversides were too polluted to allow bathing, and nearly all of Europe’s many river baths had closed down. From the 1950s until German reunification, the site was home to the East German customs administration. Then it was left dormant. Nature took over, turning the former open-air swimming pool into an enchanted natural landscape, a perfect spot for illegal raves in the 1990s and early 2000s. Today's Flussbad nods to the site's unique history through its sustainable redevelopment of ex-industrial eastern Berlin for the purpose of leisure and hospitality. 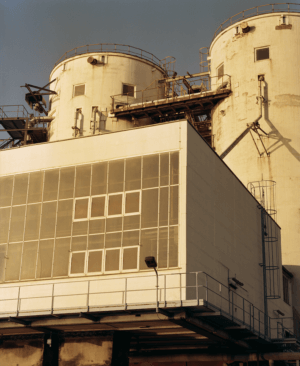 Further down the river are the studios of celebrated local artists Anselm Reyle, Jorinde Voigt and Alicja Kwade. Flussbad architect Arno Brandlhuber is also building his own new headquarters nearby. Designated a development area in 1992, the roughly 320-acre Rummelsburger Bucht site is being planned in accordance with an “urban landscape” concept drawn up by architects Klaus Theo Brenner and Karl Thomanek. 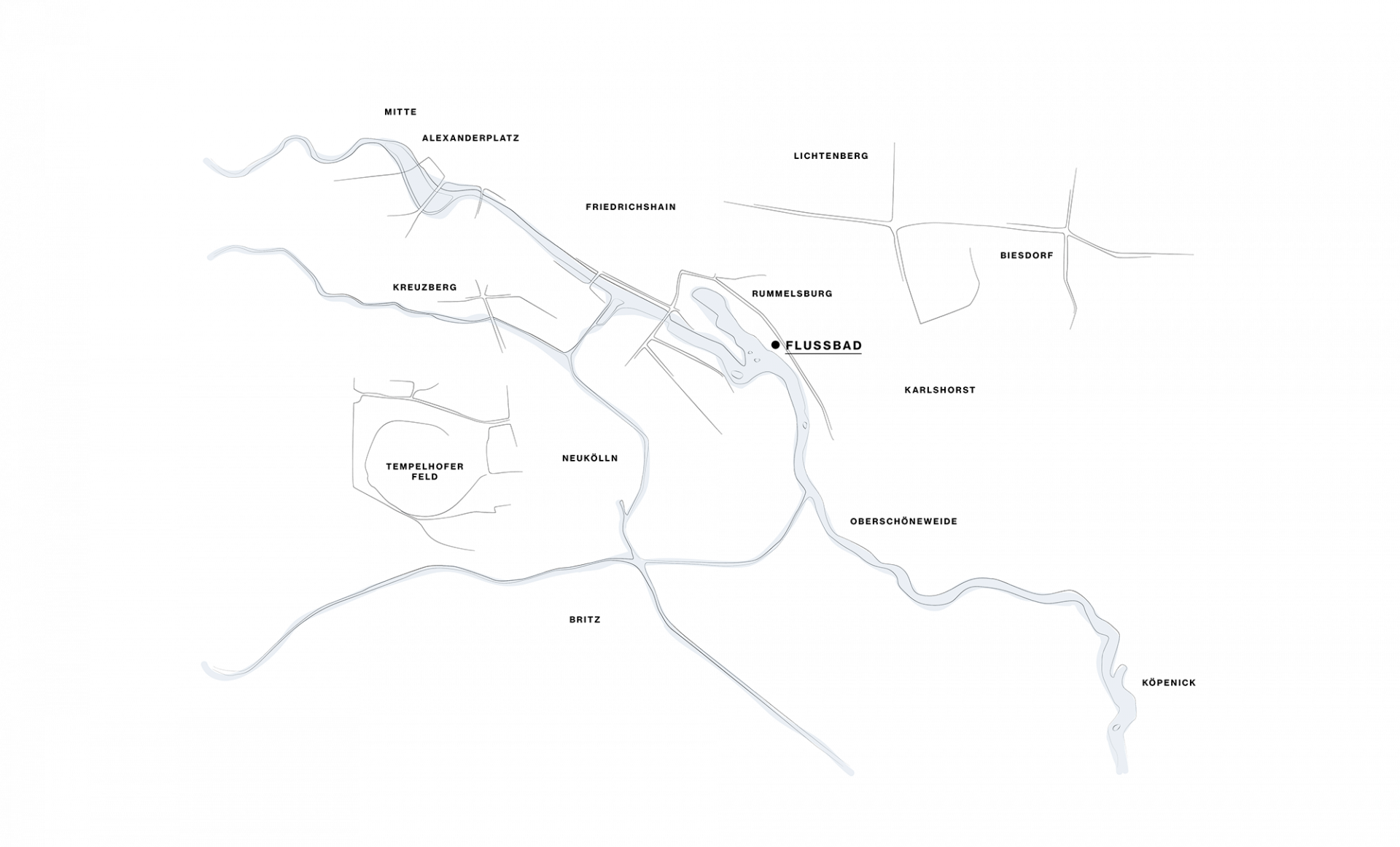 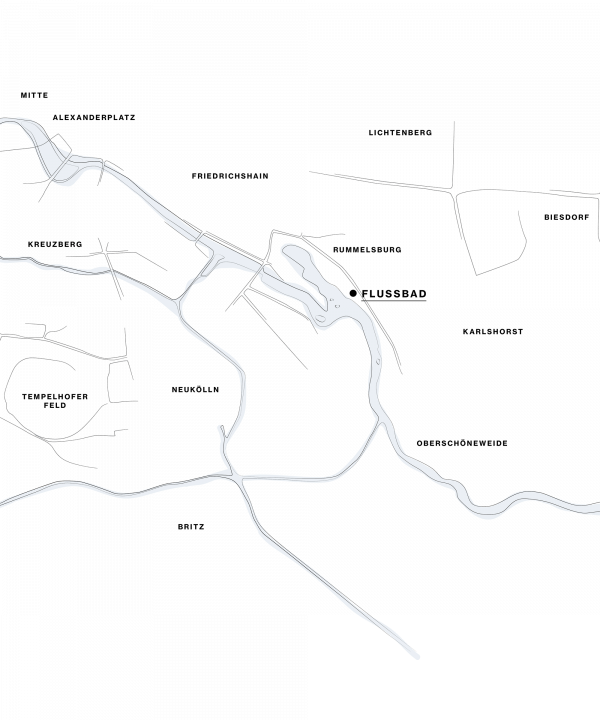 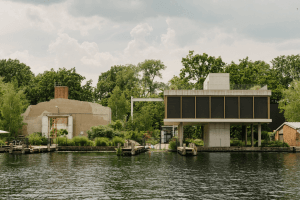 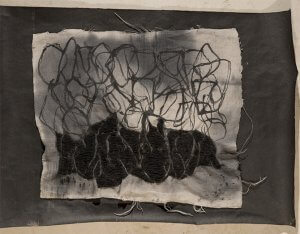 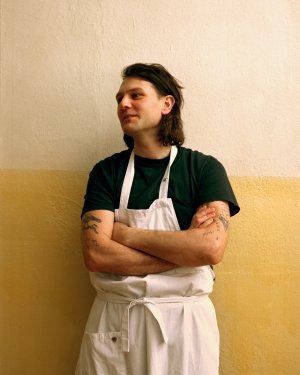